ArtFutura in collaboration with the organization Mondo Mostre presented this exhibition at the space Ex Dogana of Rome between April and September 2017.

They all have something in common: The exceptionality of their work and the fact that they use unique digital tools. 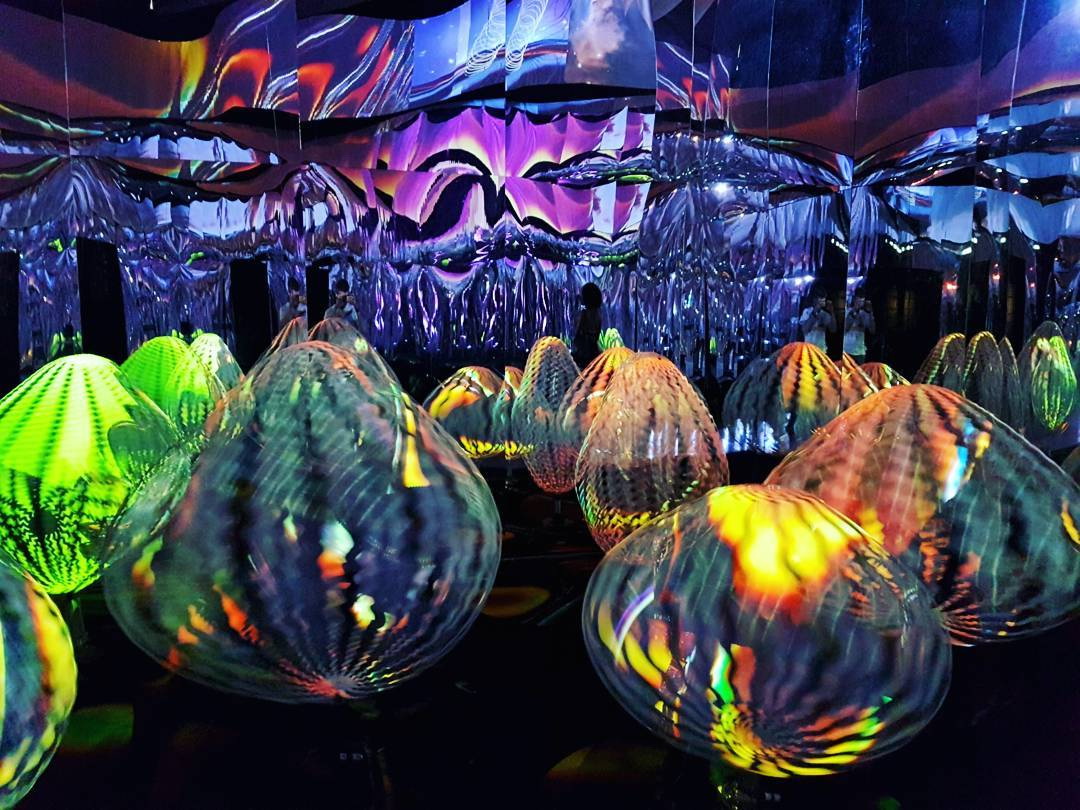 “At the beginning of this 21st century we’re all progressively mutating into “digital creatures”. Our jobs, our emotions, our friendships, our art… everything is performed more and more in the digital realm.

But the most fascinating element about digital technology is precisely that it hasn’t fully arrived. As processors capacity will increase at exponential rate, we humans will increase our capabilities to both create…. and destroy. To reach and to fail. Heaven and smoke.

Paul Friedlander is a British scientist turned artist that has spent more than twenty years researching technology in an attempt to turn light into a flexible and malleable material.

In 1983 he managed to innovate the stroboscopic light, making it to change color more than 20 times per second and inventing the “cromostrobic light”. The result is a fascinating optical illusion that the human eye perceives as a luminous holographic surface.

His “kinetic light sculptures” are clearly influenced by the work of other great figures, from László Moholy-Nagy to Flavin and Turrell.

“Spinning Cosmos” is an installation produced exclusively for this exhibition. And, like other titles of Friedlander’s sculptures, is a reference to modern science, from quantum physics to string theory. All these titles are usually received by the viewers as spiritual and magical.

Can Buyukberber was born in Turkey but grew up in California and epitomizes a new generation of American artists that show both in fine arts galleries as in musical clubs and avantgarde festivals.

His work experiments with different mediums and display technologies like projection mapping, virtual reality and geodesic domes. He has exhibited in Europe, Canada and the United States and he is currently a resident artist at Autodesk’s Pier 9 AiR Program.

“Morphogenesis” is based in the continuous transformation of fundamental geometrical patterns and intends to emphasize the systemic interconnectedness over space and time of all natural dynamics. “Celestial Collisions” is a representation of colossal masses as movements and landscapes. And “Generative Tissues” is a Web GL digital sculpture.

Esteban Diácono comes from Buenos Aires, Argentina. Self-taught, he acquired knowledge and expertise working in almost every aspect of the visual communication world, creating surreal animations that defy the laws of physics.

His more popular works have been shown on Instagram where he gets millions of followers. And his video for Olafur Arnalds (“The Light”) has been viewed more than 9 million times over countless sites, as well as presented in festivals all over the world like OneDotZero, Flux, ArtFutura, Mexicali, Citrus and Cut Out Fest.

He defines his “Uncanny” series as “a collection of 40 animations born out of the absurd, the surreal, and the fears and phobias of the future we now live in”.

American artist Chico MacMurtrie is based in New York and as artistic director of Amorphic Robot Works, he has produced over 450 mechanical sculptures that adopt both human and abstract forms.

His work “Organic Arches” consist of a progression of inflatable arches in different sizes that undergo an organic metamorphosis several times a day. They are reminiscent of DNA or complex molecules.

It belongs to a new series of robots based on the organic in which the rigidity of metal is rejected in favor of lightweight, inflatable structures.

This series, called “The Inflatable Architectural Body”, express the dilemmas and conflicts of the human condition.

Sachiko Kodama is an artist as well as a teacher at the University of Tokyo. Her projects are based on the study and manipulation of specific substances, ferrofluids, whose visual properties seem almost magical.

Ferrofluids are liquid metals. And as such, they have magnetic properties and react to the proximity of magnetic fields by vibrating and changing shape. These extraordinary techniques have no precedent in contemporary art practices, either within or outside the realm of digital art

Her work has been exhibited at museums like the Museum of Contemporary Art from Tokyo and the Reina Sofia National Museum of Modern Art from Madrid.

Sachiko began work on a ferrofluid art project that she named “Protrude, Flow” in 2000. Since then, she has developed multiple works where she uses a computer system to control the strength of the magnetic fields, adjusting the reaction of the liquid with great precision.

Screens of the Future

Universal Everything is a digital art and design collective, based in Sheffield, England. They were founded in 2004 by creative director Matt Pyke.

Their ability to materialize the emotional relationship between man and technology leads them to transpose into visions the music of Radiohead and Coldplay, to enhance and transform architectures such as the Sydney Opera House and to create brand identity projects that are in fact real works of art.

Their approach combines humanity and technology to stimulate emotions, sensations and participation.

“Screens of the Future” is the start of an ongoing series of visionary prototypes, based on the emerging technologies of flexible displays, shape-shifting materials and context-aware functionality. They highlight humanity’s increasingly integrated relationship with technology, serving as product demos of our near future. 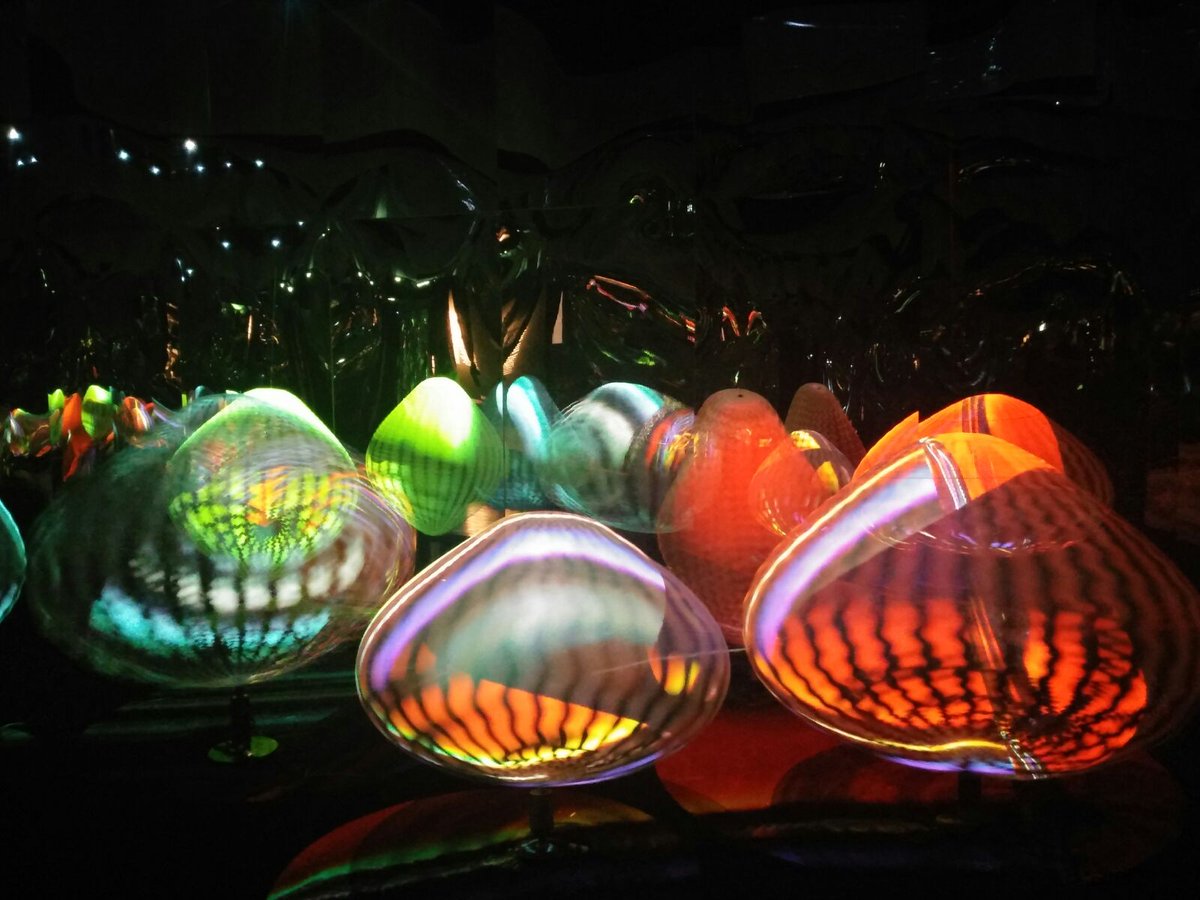 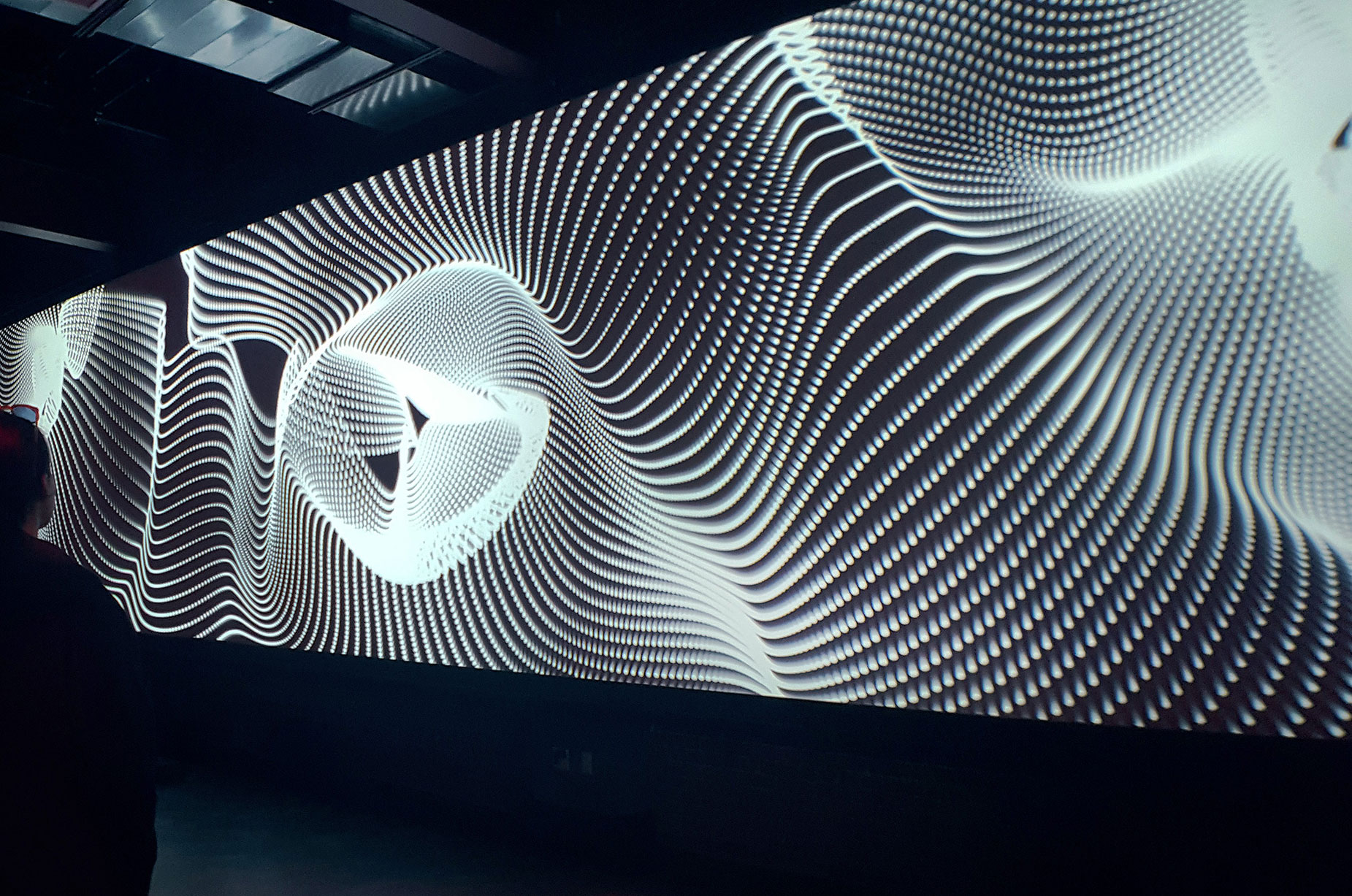 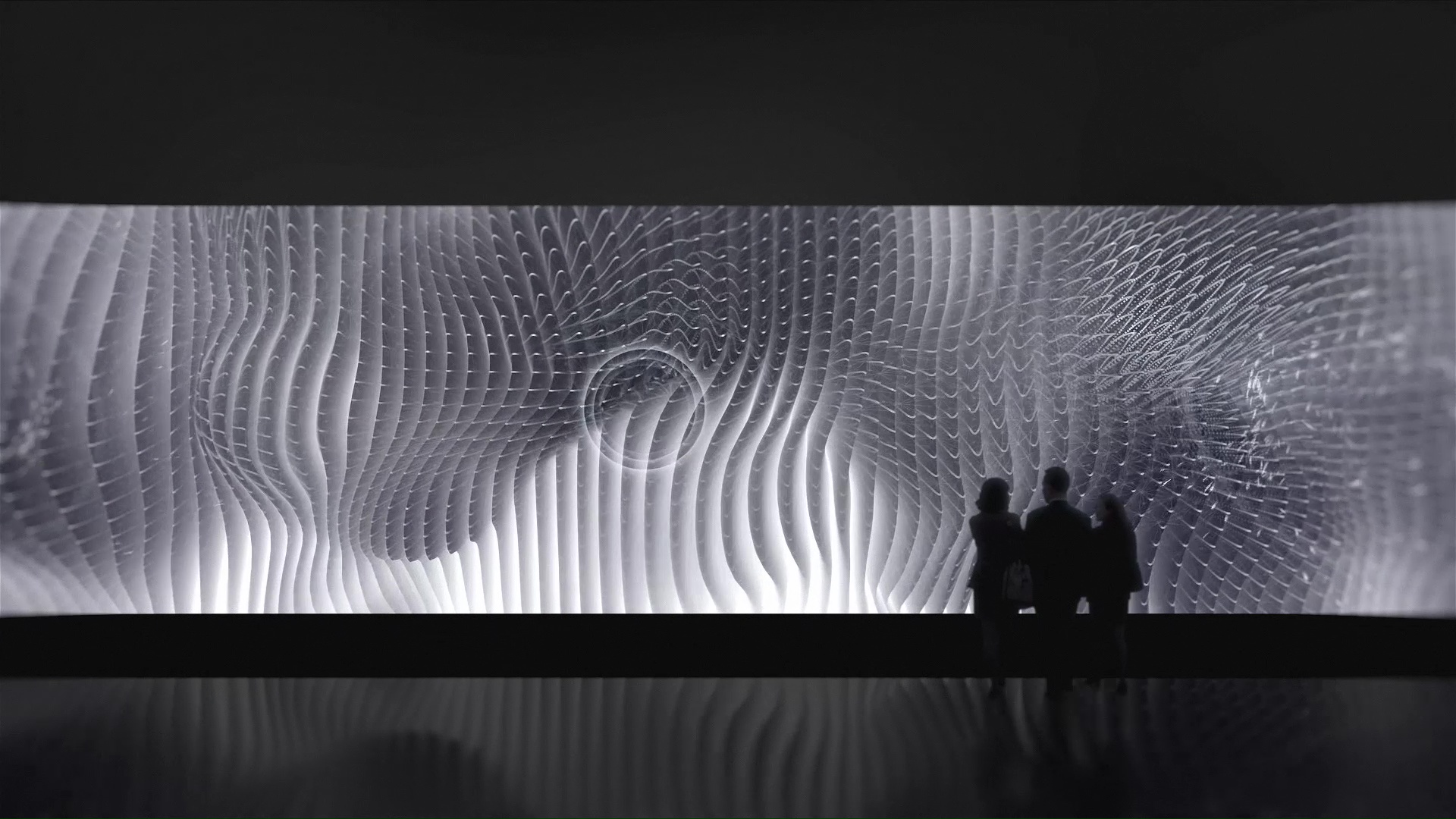 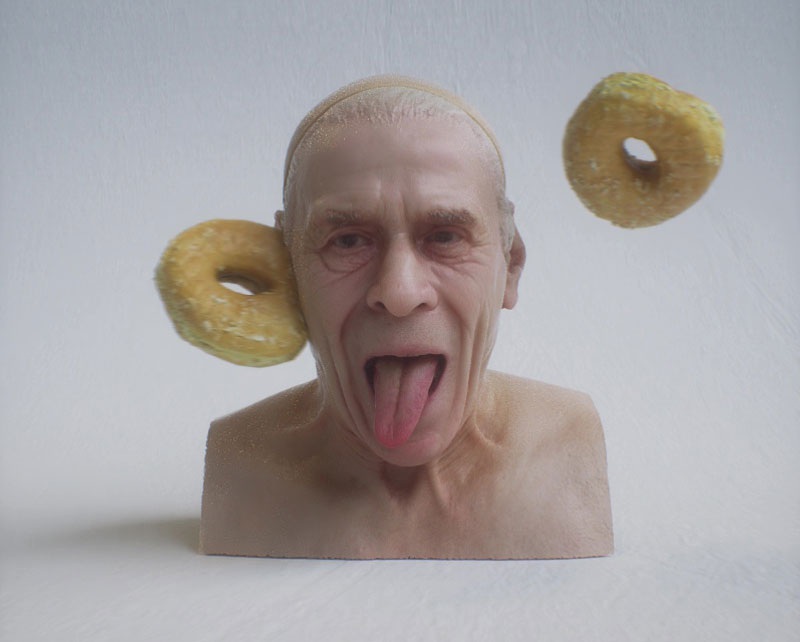 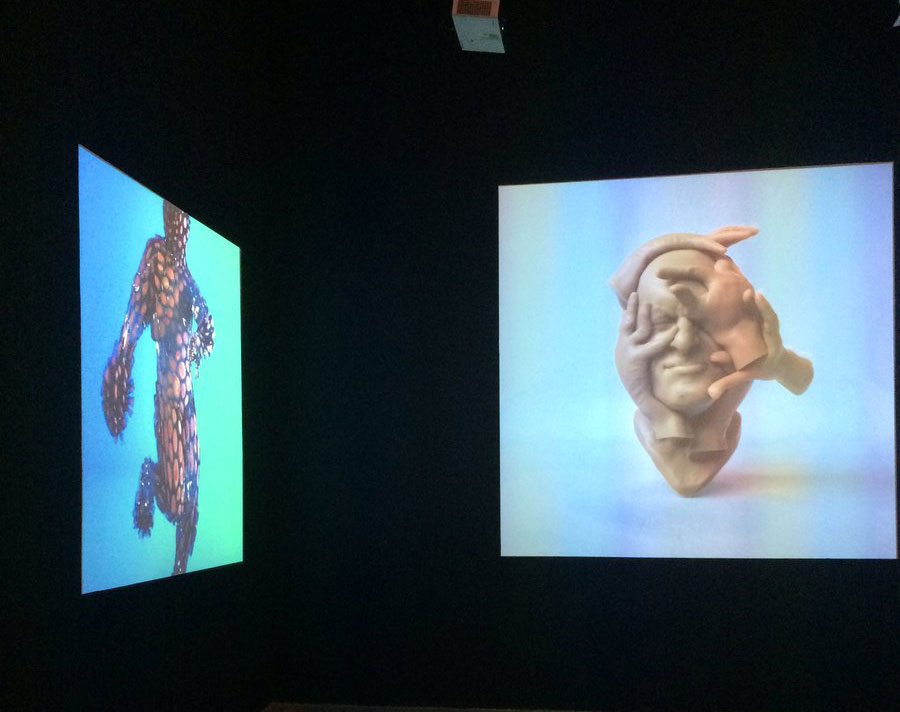 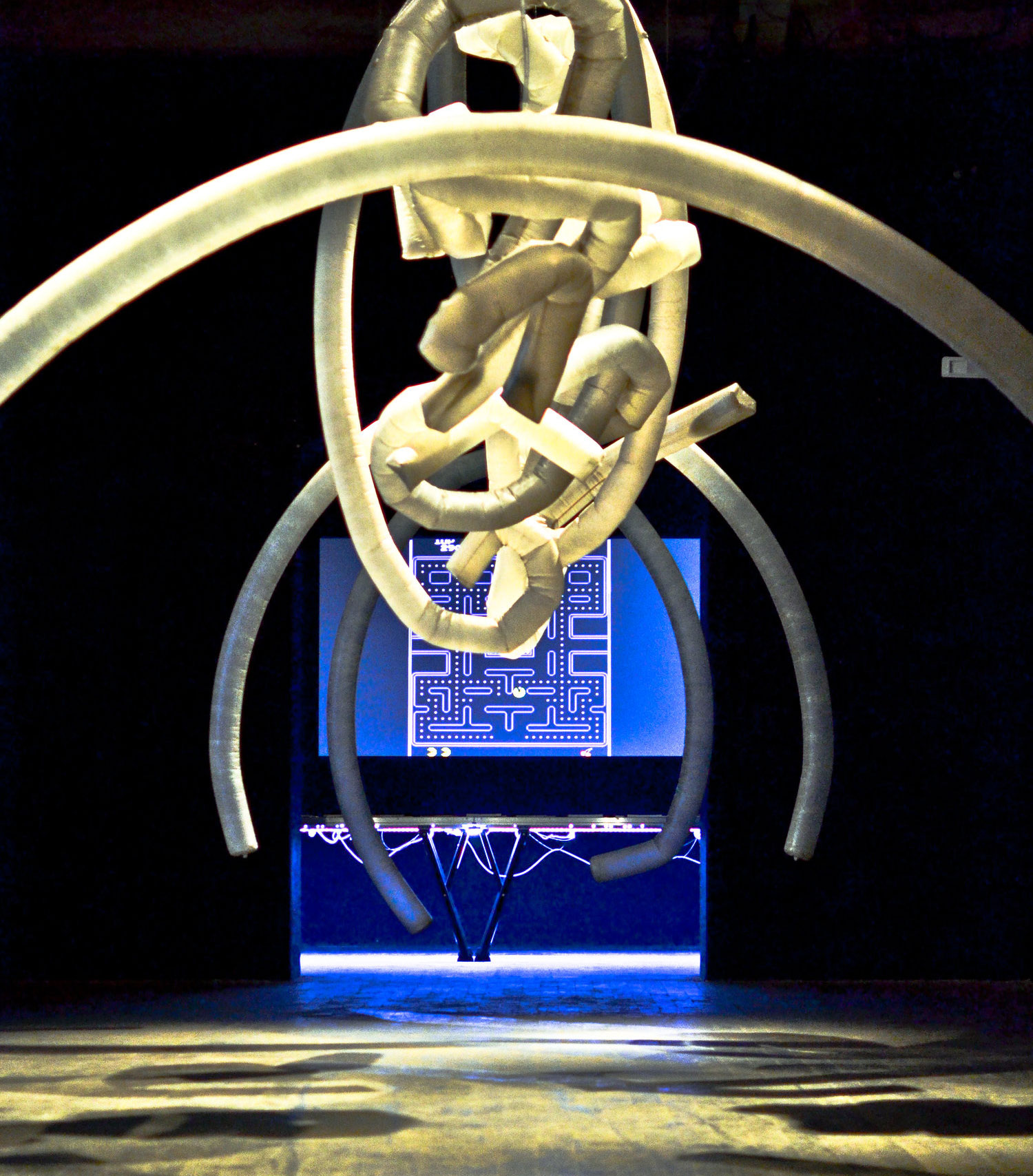 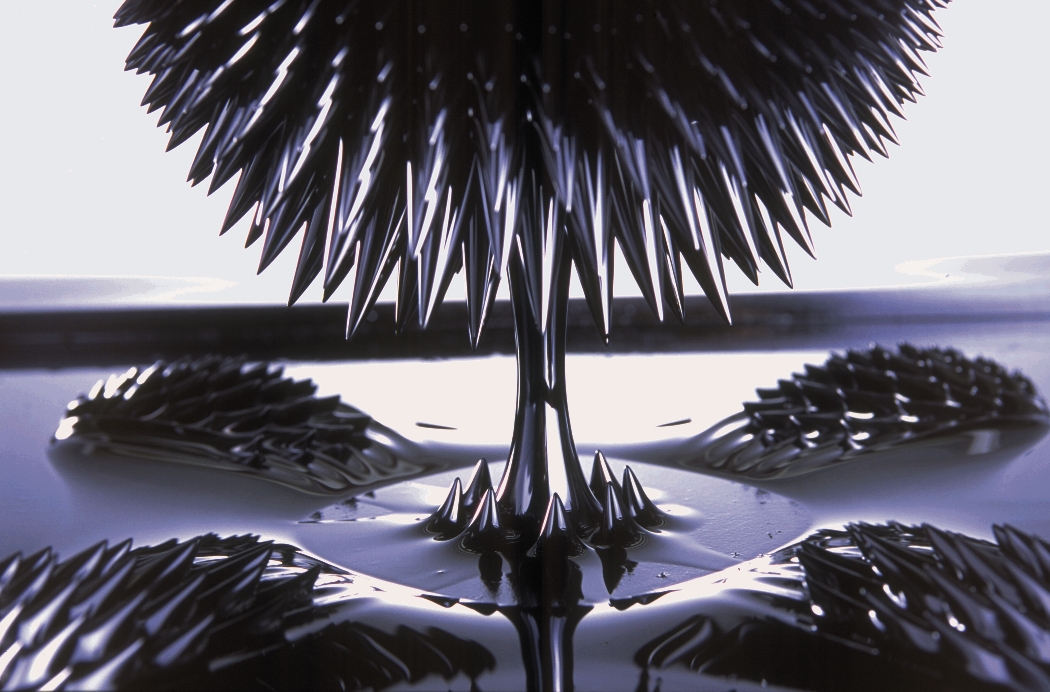 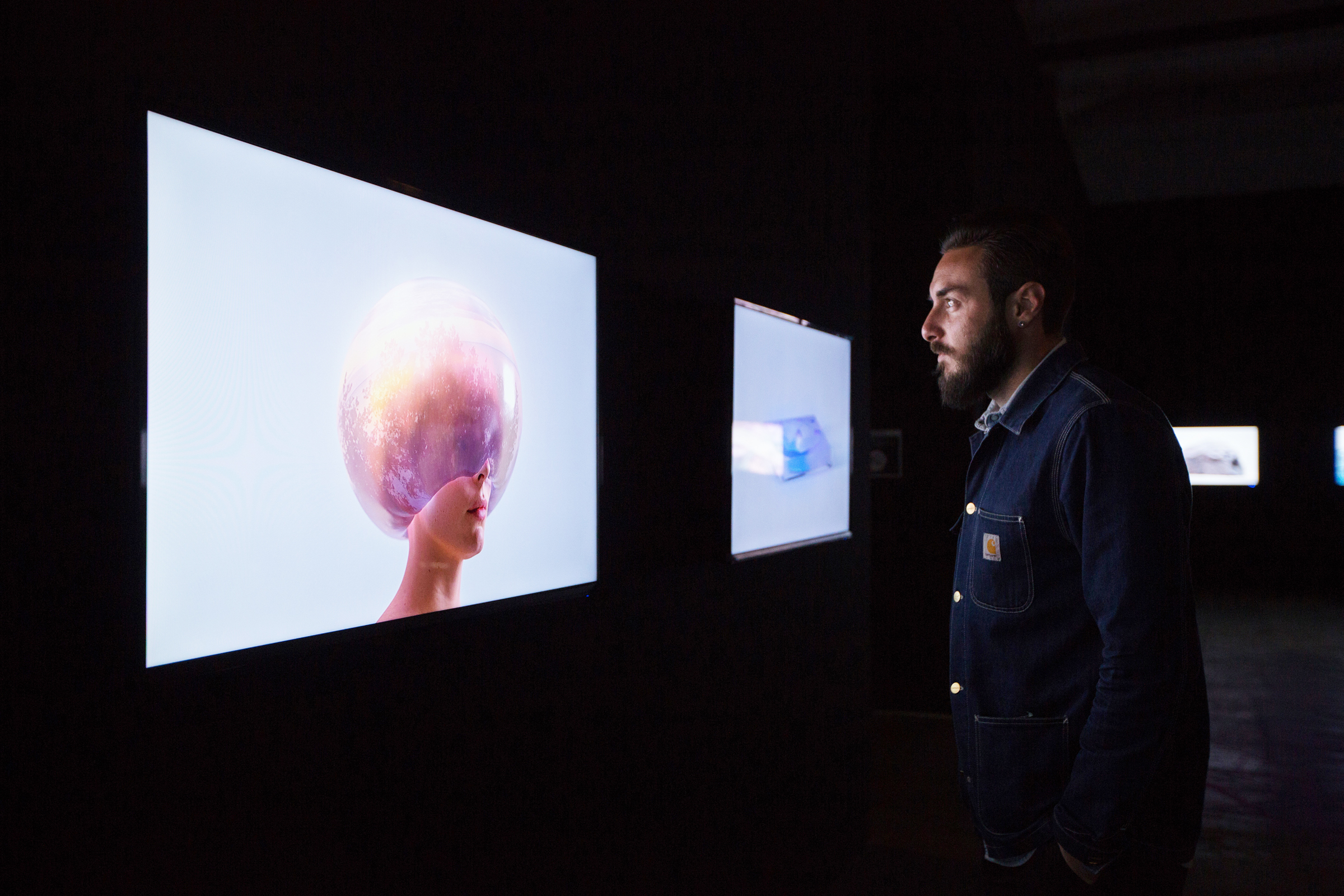 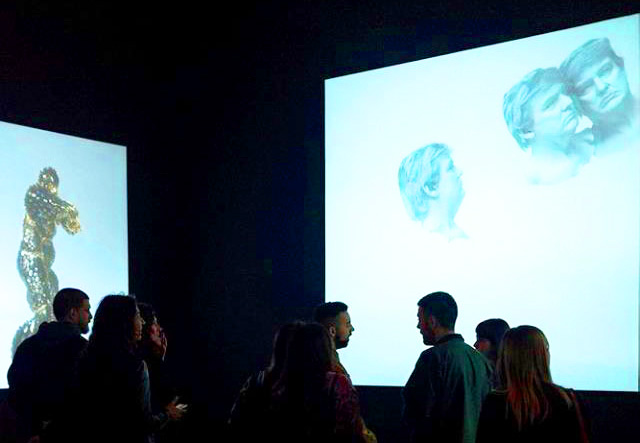 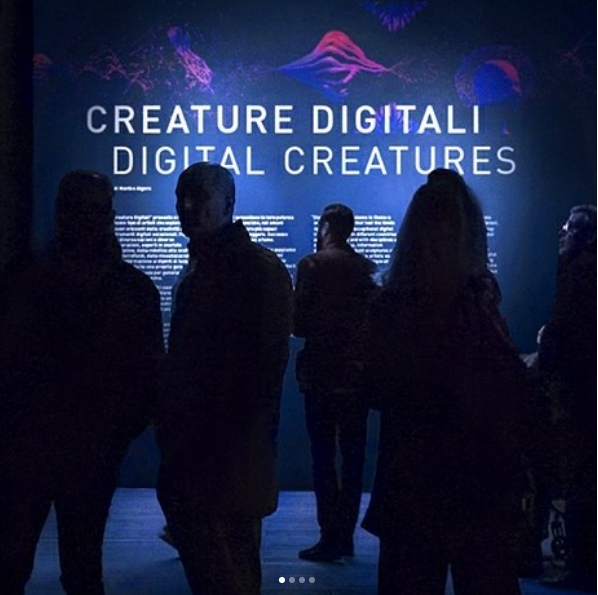 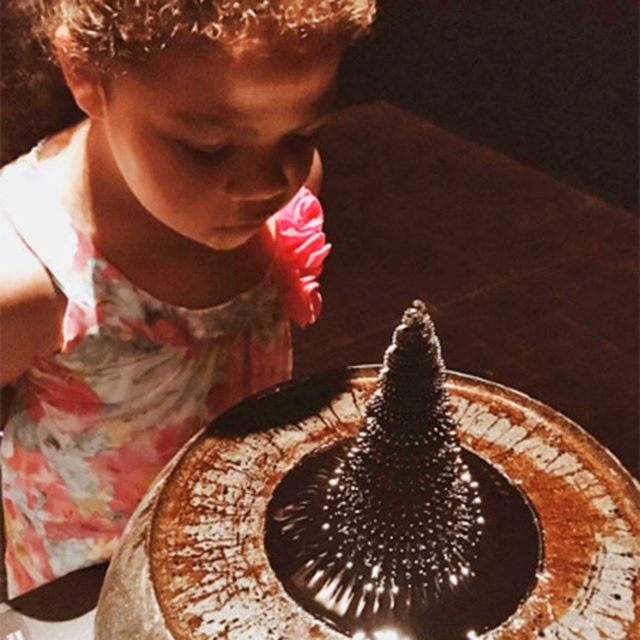 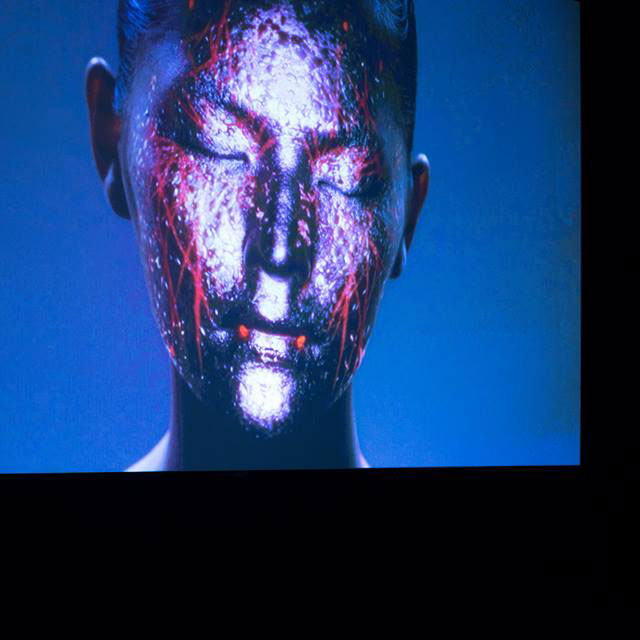 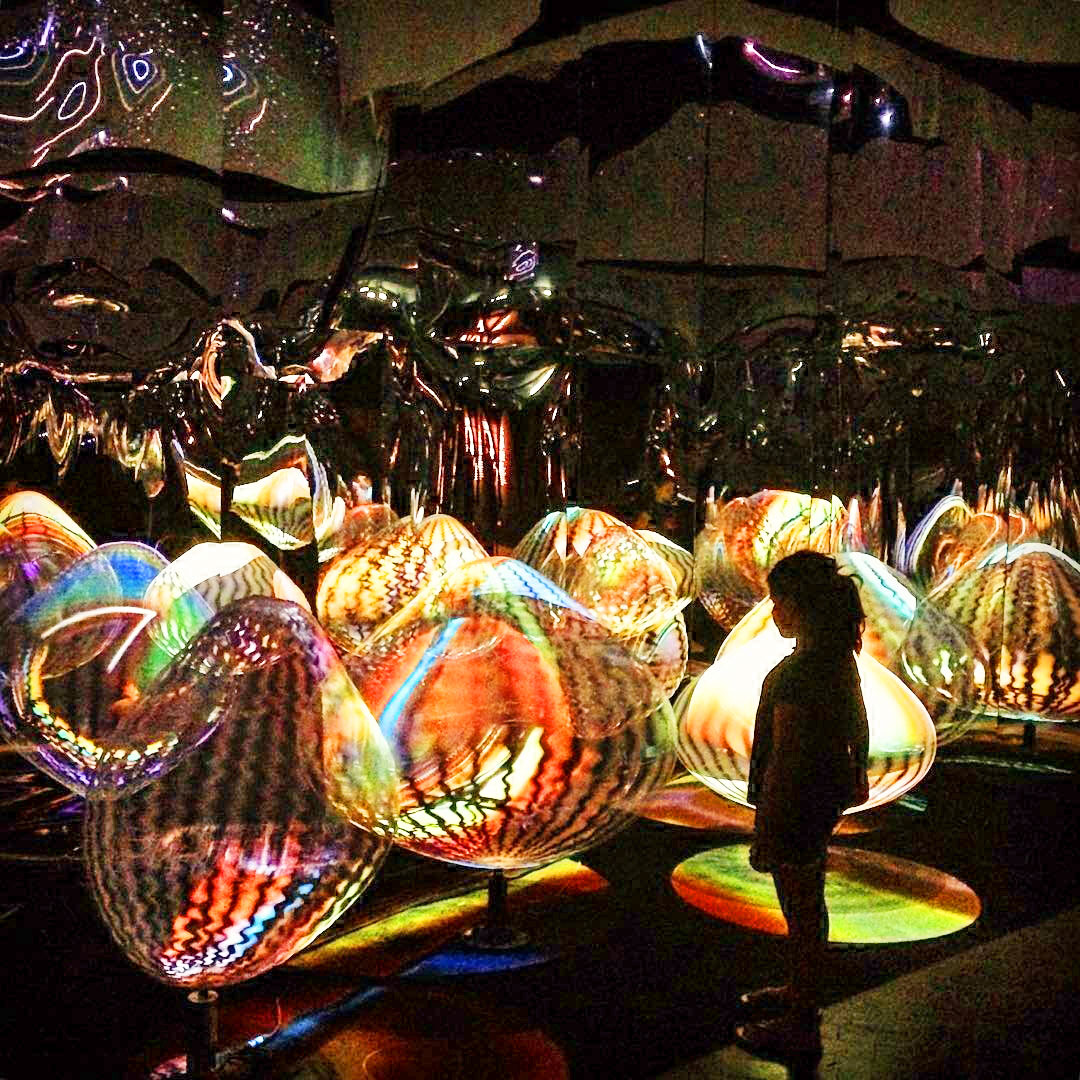 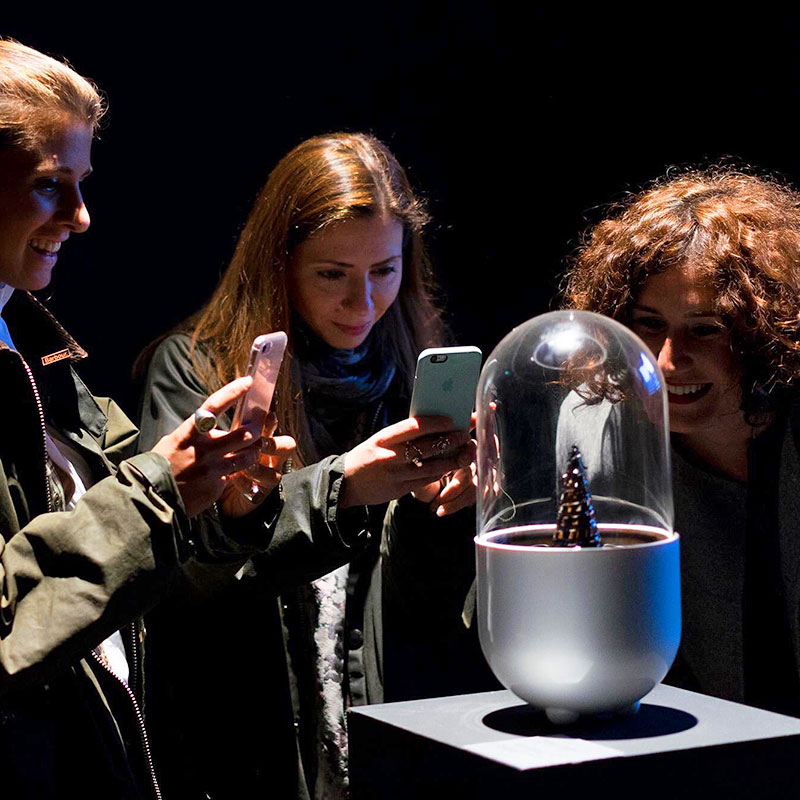 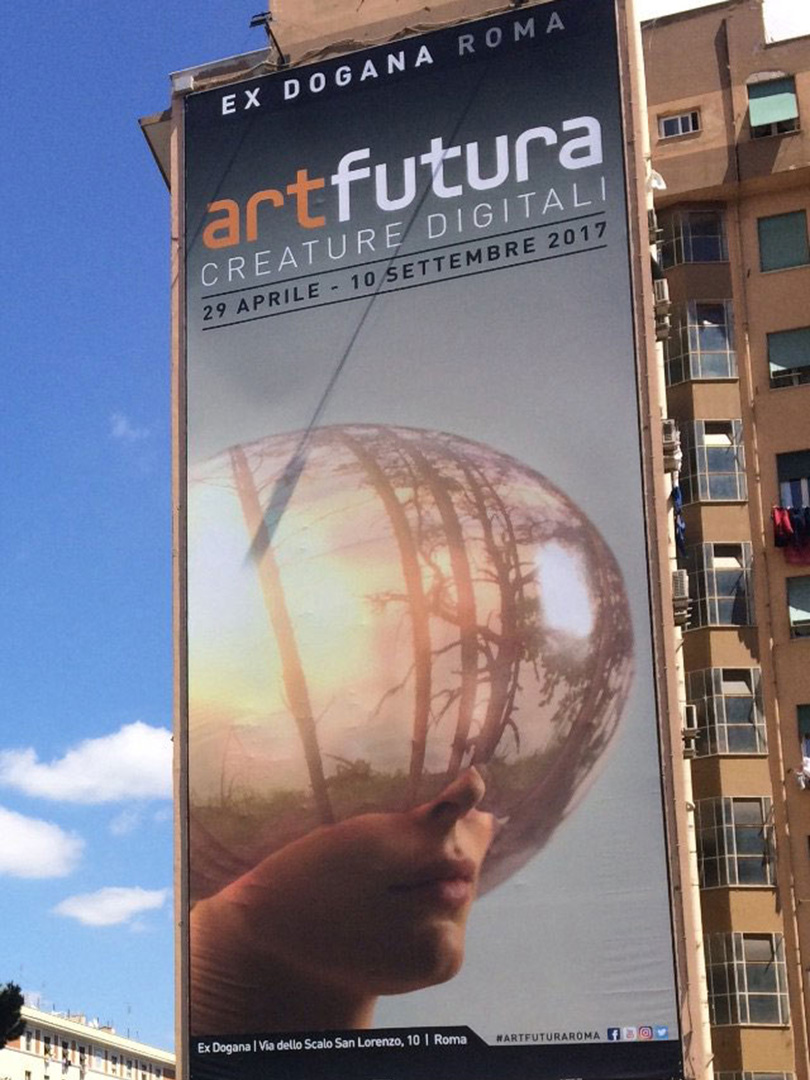 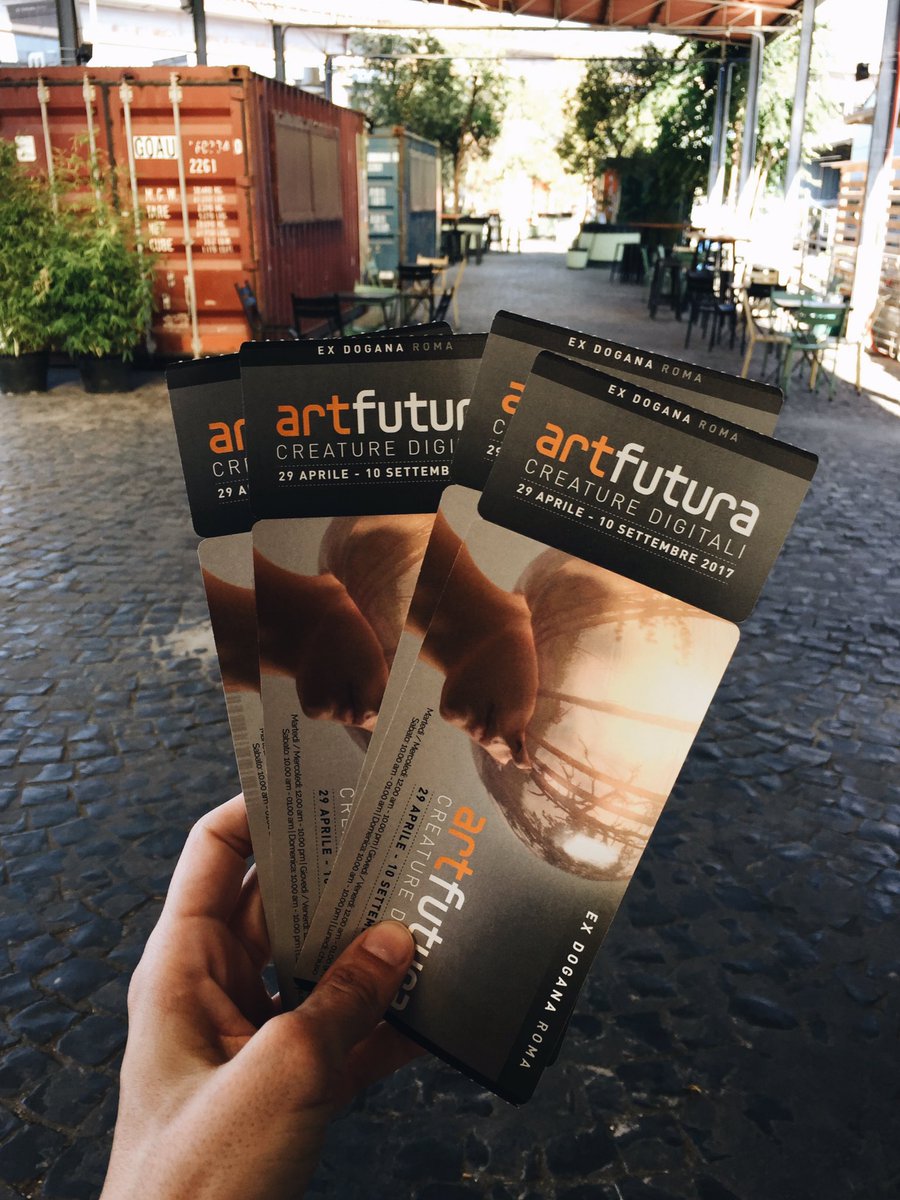