“Real change comes once the tools are “technologically boring”

It was 25 years ago that the cyber revolution promised a new world and an alternate reality of infinite possibilities. But what were the real changes through these years, and in what direction we are going now?

The Digital Promise is a documentary produced by TVE with the collaboration of ArtFutura and directed by José Manuel Pinillo. With the participation of: William Gibson, Nicholas Negroponte, Clay Shirky, Rebecca Allen, Sherry Turkle, Tiffany Shlain, Montxo Algora, Marcel.lí Antunez and others. 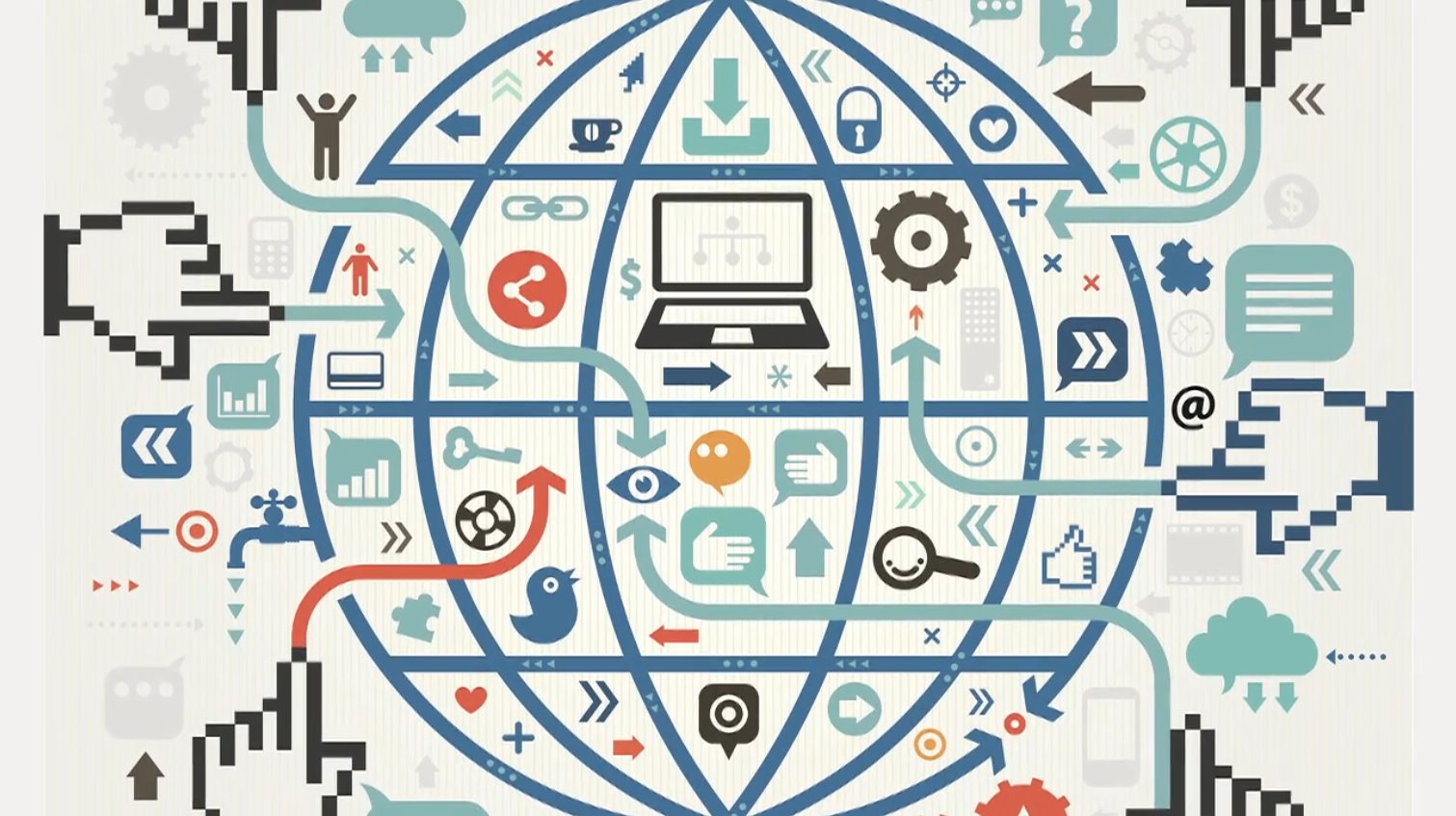 In 1990 if you wanted to find out about anything, you would go to the library. There was no other source and, as Montxo Algora remembers, at their first festival, dedicated to Virtual Reality, they didn’t even have a fax machine. Technology wasn’t part of our lives.

However, floating in the air there was a promise, the idea that something was going to change thanks to computers. A promise of freedom, of an alternative lifestyle, of collaboration and exchange without limits, of infinite possibilities, most of which were yet to be discovered.

Timothy Leary was announcing then that computers were taking the place that drugs had in the 60s, as drivers for mind expansion. A gritty, hyper, disenchanted and fascinating future opening before us. There was a great excitement around this new world, a cyberspace that none of us knew yet, with interactivity and global interconnectedness. digital images and sounds. And the ability to overcome our bodies limitations.

The utopia of the 60’s seemed reincarnated in the 90’s – after a disenchanted and aesthetic 80’s – in a less naive form, but also devoured by the business logic. Since what could be used for liberation, in many ways could turn into confinement.

And though we can’t go back in time, I am sure that I’m not the only one to desire it sometimes. And that’s because no one can escape the consequences of one of the most crucial revolutions in history. In retrospect, it becomes a fact that everything changes in order for everything to remain the same. 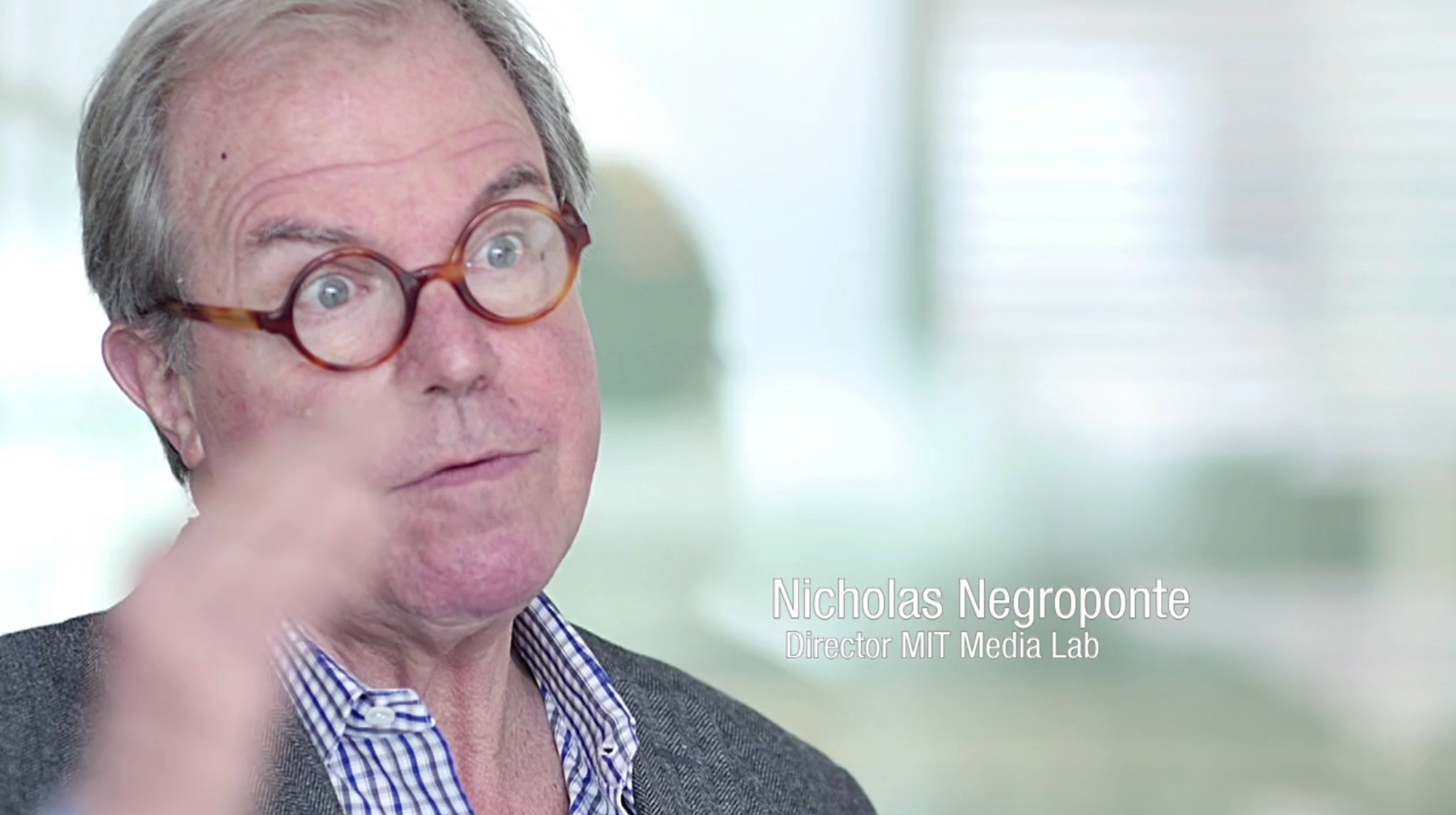 In 1990 I had the opportunity to write a song for a performance of La Fura dels Baus inspired by William Gibson’s novel Neuromancer and from that point I was “abducted”, attending many of the events associated with this transformation from the producer point of view. Being author and curator of audiovisual and interactive pieces of various kinds.

Then came what Clay Shirky sums up nicely, when he says that real change comes once the tool is “technologically boring”, when it is fully accepted and used daily without giving importance to the technological fact.

It could have taken a huge documentary series, but more important than the financial limits, prevailed my desire, perhaps narcissistic, to explain things in my own way. 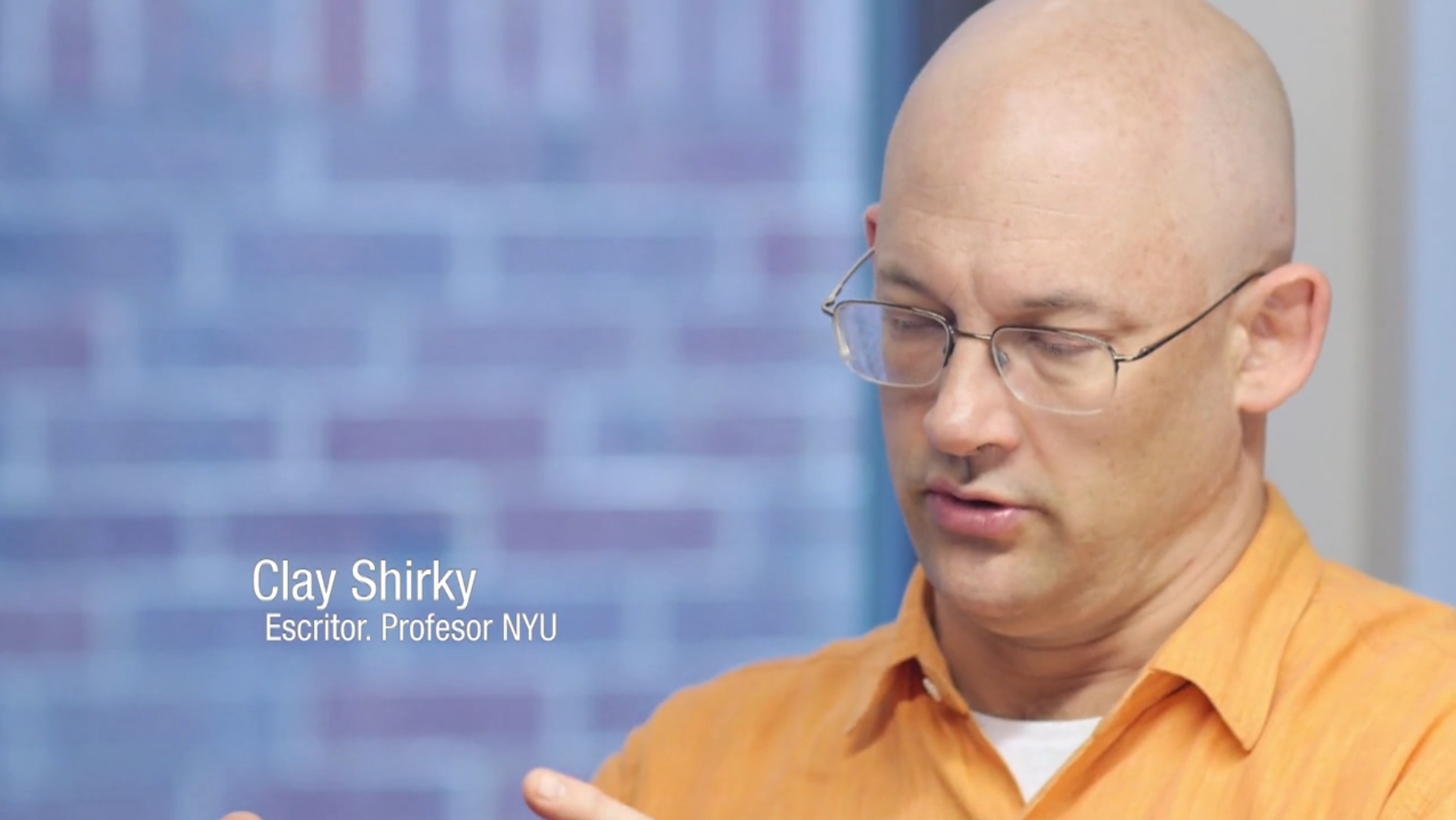 So I chose a speech linked to my own personal, arbitrary and incomprehensible experience, adding layers of what oneself has been distilling, confronted with a reality that we all know and that occupies newspapers and television newscasts every day. What attracted me was the connection between the promise and its crash, the new bankruptcy of good intentions, the story of history.

Now technology has become so invisible and at the same time so present in our lives, that the starting question for this documentary could be: What’s left of that “Digital Promise”?. Which will be answered by the weight of time itself. By all that has arrived and, above all, all that’s gone.

And there’s also a second question: What waits for us behind this stunning Black Swan? And there are so many answers that, if only statistically, one will be right. 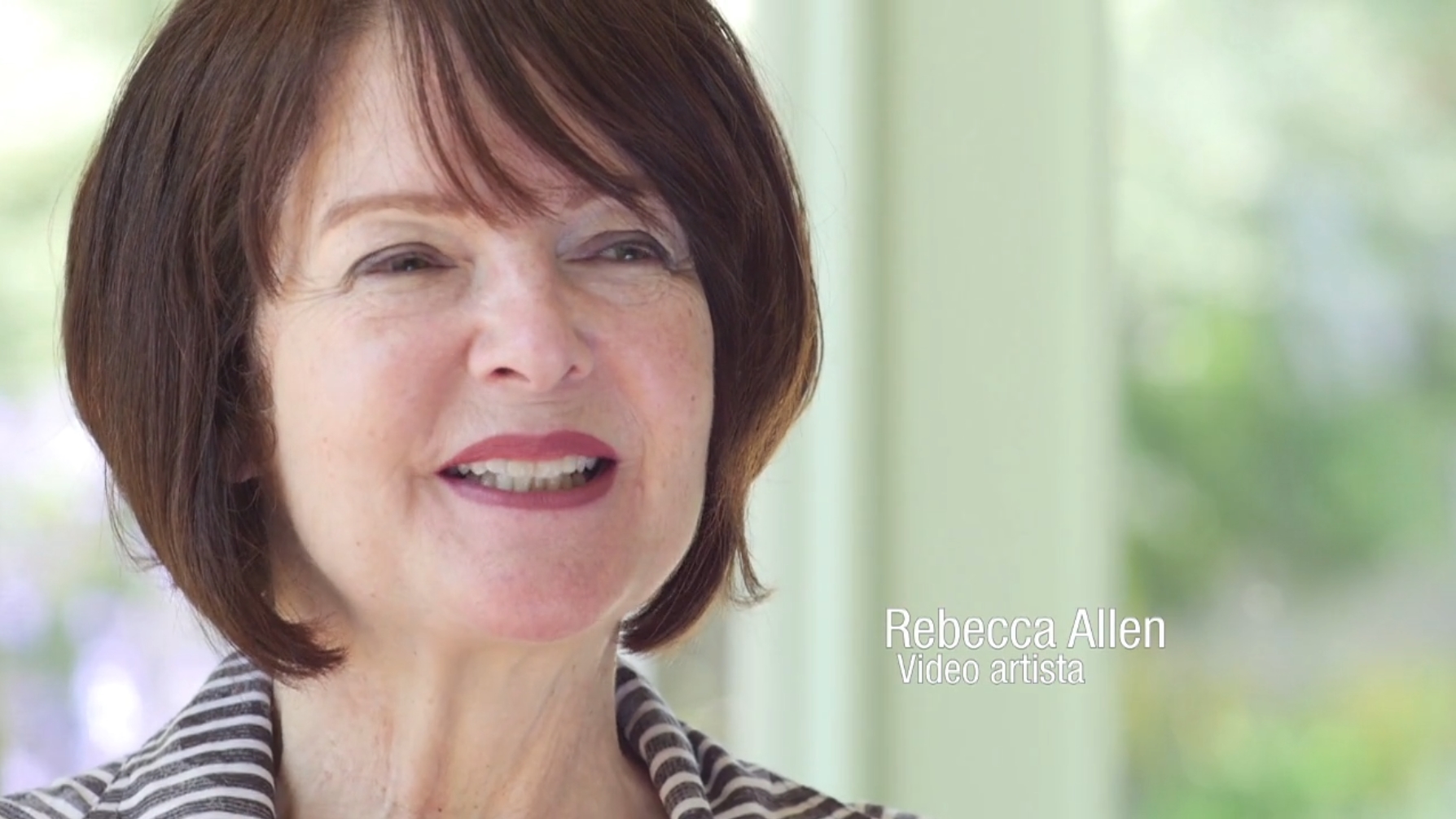 “You promised me colonies on Mars. Instead, what I get is Facebook“

The End of Innocence

A disappointed Buzz Aldrin, talking to the reader from the cover of the MIT Technology Review [1] in the late 2012, summarizes with this sentence, the unexpected evolution of technology from the 60s to today. The astronaut from the Apollo XI mission, second person to walk on the Moon and the oldest of the dozen men who have walked on the lunar surface, represents a generation that experienced the power of technology and that dreamed with big challenges, from colonizing the solar system to eradicate world hunger.

The last moon landing took place in 1972, but since then the technology has become apparent in other more mundane areas. Computers are no longer huge machines in a few research centers in the world and are seen today as tools available to an increasingly broad segment of the population.

In the 80s and early 90s, the potential of personal computers and the Internet brought new promises of a better future, more connected and faster, thanks to the technological advances. The technological utopia of the 60s was renewed in the environment of the California counter-culture of the 80s. Computers would liberate people, as promised in the famous Apple ad in 1984 (“1984 will not be like 1984 [the dystopia imagined by George Orwell] “), both in terms of work and through a lysergic opening your mind: personal computers would be “the LSD of the 90s” in the words of Timothy Leary. [3]

This reborn confidence in technology occurs, therefore, to a different level that occurred in the 60s: the big changes do not produce a small number of large, complex machines that make the world a better place, but occur in the individual, in a change of consciousness and access to some tools and resources that were unimaginable a few decades ago.

It is not, therefore, a matter of living on another planet, but to be part of a society marked by the new information technologies, global communication systems and transport at high speed from one point of the planet to another. In this context ArtFutura began its career in 1990, participating in the international festival circuit in which they explore, year after year, the main innovations of the encounter between art, technology and society.

New topics are rapid: Virtual Reality, Cyberculture, Artificial Life, Robotics, and of course the rapid evolution of the Internet requires rethinking constantly the relationship between user and machine, between individual and society. The digital revolution promises to change the world, not through large and strategic steps taken by NASA, but in a turbulent and unpredictable way. The initial reaction is excitement. It invests on impulse in any new enterprise created on the World Wide Web, creating a bubble that explodes even before the turn of the century.

The first big disappointment of the Digital Promise, the bursting of the dotcom bubble in early 2000 does not prevent the technology to run its course quickly and is inexorably introduced in all aspects of daily life. Over the last decade, it has become clear our dependence on digital technologies and the progressive transformation of everything we do, say and produce in a constant flow of data. However, the future is not what was expected in the 60s: we do not move in flying cars (nor in electric cars), we are not served by domestic robots and we shouldn’t fear (for now) an artificial intelligence like HAL9000.

Promises of the Digital Age

We do not have colonies on Mars, instead we have the NASA Curiosity Rover, joining the fashion of the selfies [4]. From this perspective, one could argue that we have passed from seeking greatness into banality, as denounced by Bruce Gibney in What happened to the Future?, manifesto of the group of technology investors Founders Fund “investment capital has stopped funding the future and has become a source of funding applications, devices and irrelevant junk.”[5]

The critics on the promises of the digital age are becoming more numerous, notably among those who have followed its evolution over the past decades. The psychologist Sherry Turkle, who in 1984 considered that “the question is not how the computer will be in the future, but how will we be? What kind of people are we becoming? “[6] concludes that digital devices are shaping us, changing the way we relate to others, so that “we search within the technology ways to build relationships and, at the same time, we seek to protect us from them. “[7]. Jaron Lanier, a pioneer in the development of Virtual Reality, warns in his book Who Owns the Future? [8] that the development of an economy based on free services on the Internet will tend to reduce the employment prospects of the middle class, as the servers of a few companies accumulate more and more data and users become unpaid information providers.

A Threat to Humanity

The inequalities that will generate an economy based on the wealth of a few, at the expense of the data provided by many, does show a grim future, as in the words of astrophysicist Stephen Hawking, who recently warned that the development of artificial intelligence could lead to a technology that overcomes the human being and even “develop weapons that we cannot even comprehend.” [9] The helpful machines that ensure the prosperity of the planet in Asimov’s story have become fearsome power centers, or perhaps, a threat to humanity.

The voices criticism and dire predictions are, ultimately, the indicators of a first maturity in our relationship with digital technology. It’s not possible to see this relationship with the innocence that decades ago led us to make the promises of the digital era. A more experienced eye allows us to understand that it is too difficult to predict how the future will be, and leads us to a more cautious analysis of the possible consequences of the current use of the devices and services available. The advent of digital technology has brought profound changes, some clearly visible and others subtle, some negative and others significant for many individuals, communities and societies that have transformed the way they work, communicate, learn, create, and share.

Like, for example, students who are demonstrating these days in Hong Kong calling for more democracy. By using Firechat [10], a mobile application that lets you send messages without Internet or cellular network, protesters can be coordinated without being blocked by the Chinese government. Firechat lets you create a wireless mesh network, and thus establishes a communication channel that cannot be controlled, which will undoubtedly generate a new pulse between citizens and governments, consumers and producers, users and suppliers. Using an application like Firechat is a small revolution, a transformation that occurs in an environment of saturated banalities, passing trends, loss of freedom and privacy. In this and other transformations introduced by digital technologies we can envision another future, maybe not utopian, but certainly fascinating.